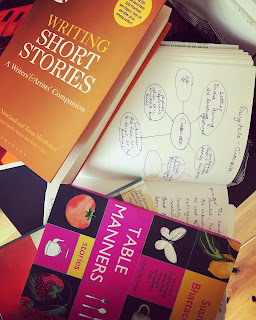 My friend Herb McGinnis, a cardiologist, was talking. The four of us were sitting around his kitchen table drinking gin. It was Saturday afternoon. Sunlight filled the kitchen from the big window behind the sink. There were Herb and I and his second wife, Teresa—Terri, we called her—and my wife, Laura. We lived in Albuquerque, but we were all from somewhere else. There was an ice bucket on the table. The gin and the tonic water kept going around, and we somehow got on the subject of love. Herb thought real love was nothing less than spiritual love. When he was young he’d spent five years in a seminary before quitting to go to medical school. He’d left the Church at the same time, but he said he still looked back to those years in the seminary as the most important in his life.

I once met a man with a 40-litre monkey. He measured all his animals by volume. His Dalmatian was small, only 18 litres, but his cat, a Prussian blue, was huge – five litres, when most cats are three. He owned a pet shop just off Portobello Road. I needed a new pet for my girlfriend because our last two had just killed each other.
‘The ideal pet,’ the owner told me, ‘is twelve litres. That makes them easy enough to pick up, but substantial enough for romping without risk of injury. What did you have?’
‘A gecko,’ I replied. ‘I guess he was about half a pint.’
‘You use imperial?’ The man smirked and gestured towards a large vivarium in the corner. ‘Iguana,’ he said. ‘Six litres, and still growing.’
‘Oh right,’ I said. ‘I also had a cat. She must have been four litres, maybe more.’
‘Are you sure?’ He asked. ‘Was she a longhair, because they look big, but when you dunk them they’re small, like skinny rats.’

Two of us have been watching telly and as of last minute I’m the one heading to the shop. A game of rock paper scissors is usually what it takes for me and my housemate Hannah to decide who’s doing what between us, and now I’ve lost the best of three rounds I’ve to peel myself from our duvet nest and get going. You enjoy it, I say. Hannah says she will, her head dunking back into the covers, her phone    a periscope that’s snapping a picture of my defeat. Post that and you’re dead, I tell her. I’m in my comfiest clothes, greasy hair balled into a bread roll shape on top of my head, and no one needs to see that. I slide into our other housemate Smurf’s bubble jacket that I know he won’t mind me borrowing, then I take the angora scarf from the peg in Hannah’s room. I won’t, Hannah calls out. She’s such a liar.

Pranab Chakraborty wasn’t technically my father’s younger brother. He was a fellow-Bengali from Calcutta who had washed up on the barren shores of my parents’ social life in the early seventies, when they lived in a rented apartment in Central Square and could number their acquaintances on one hand. But I had no real uncles in America, and so I was taught to call him Pranab Kaku. Accordingly, he called my father Shyamal Da, always addressing him in the polite form, and he called my mother Boudi, which is how Bengalis are supposed to address an older brother’s wife, instead of using her first name, Aparna. After Pranab Kaku was befriended by my parents, he confessed that on the day we first met him he had followed my mother and me for the better part of an afternoon around the streets of Cambridge, where she and I tended to roam after I got out of school. He had trailed behind us along Massachusetts Avenue, and in and out of the Harvard Coop, where my mother liked to look at discounted housewares. He wandered with us into Harvard Yard, where my mother often sat on the grass on pleasant days and watched the stream of students and professors filing busily along the paths, until, finally, as we were climbing the steps to Widener Library so that I could use the bathroom, he tapped my mother on the shoulder and inquired, in English, if she might be a Bengali. The answer to his question was clear, given that my mother was wearing the red and white bangles unique to Bengali married women, and a common Tangail sari, and had a thick stem of vermillion powder in the center parting of her hair, and the full round face and large dark eyes that are so typical of Bengali women. He noticed the two or three safety pins she wore fastened to the thin gold bangles that were behind the red and white ones, which she would use to replace a missing hook on a blouse or to draw a string through a petticoat at a moment’s notice, a practice he associated strictly with his mother and sisters and aunts in Calcutta. Moreover, Pranab Kaku had overheard my mother speaking to me in Bengali, telling me that I couldn’t buy an issue of Archie at the Coop. But back then, he also confessed, he was so new to America that he took nothing for granted, and doubted even the obvious.

At first, people kept phoning, to make sure that Nita was not too depressed, not too lonely, not eating too little or drinking too much. (She had been such a diligent wine drinker that many forgot that she was now forbidden to drink at all.) She held them off, without sounding nobly grief-stricken or unnaturally cheerful or absent-minded or confused. She said that she didn’t need groceries; she was working through what she had on hand. She had enough of her prescription pills and enough stamps for her thank-you notes.

Daniel stands in the funnel, a narrow path between two high brick walls that join the playground to the estate proper. On windy days, the air is forced through here then spun upwards in a vortex above the square of so-called grass between the four blocks of flats. Anything that isn’t nailed down becomes airborne. Washing, litter, dust. Grown men have been knocked off their feet. A while back there was a story going round about a flying cat.

I cut my boyfriend in half; it was what we both wanted. I said once we could double our time together. He said he could be twice as productive. I don’t think it would have worked with just anyone at any time. It had to be now.
Daniel got a spade off his mother that belonged to his father, and to his father – both men who were never really all there. He lay on the bench in the concrete back garden, knees bent to squeeze in. The yard was carpeted with silver slug trails. I suppose we could have used the kitchen floor, but I didn’t want to scratch the tiles.