2013 was a tumultuous year for me. Lots of ups and downs and hopefully, I have managed to swim against the current to reach the shores of 2014, my body and soul intact. (Please note, I can't swim in reality, and that is a resolution to rectify in the new year!)

I’d like to concentrate on my writing year, which has been very fruitful and given me reason to believe in myself as a writer. I had the brilliant news in March that finally my novel, Crossing Borders, was accepted by Parthian books for publication next year. After struggling for years to find an agent or publisher, it was funny how the book was noticed by an editor through Facebook! 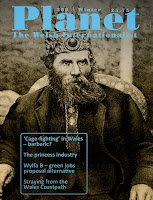 I had had a short story, Growing Tomatoes, published in Planet-The Welsh Internationalist in 2012. Someone read it and commented on Facebook. It was brought to the attention of the editor of Parthian Books, Susie Wild, who approached me. It was like winning the lottery! But it goes to show that editors do look around, and word does get around, and the more you write, the more you will be read. So thank you, Susie, for envisioning a future for my book.

I had short stories published in Litro, Thick Jam, Running Out of Ink, Tears in the Fence, The Lakeview International Journal and Penguin Unplugged. Thank you all. I was duly rejected by Mslexia, once again. Sixth year running. Thank you Mslexia, I shall not give up!

I had a very interesting experience of recording my own story, 'Growing Tomatoes’, for SouthWest’s Literature Development Organisation, LiteratureWorks. The voice in the recording does not sound like me at all! Another very different project was the wonderful Stories with Pictures, where Cassandra Parkin wrote a story, The Wrong Kind of Boy, for my image, and then I wrote a story, A study of a boy with an aeroplane, for a painting by Andy Winter.

But the highlights of the year have got to be the absolute highs I got for contributing to three anthologies, all launched in December.

The first anthology, Foreign and Far Away, an anthology by Writers’ Abroad, a community of expat writers, dedicated all proceeds towards Book Aid International , which supports education, literacy and development in Sub-Saharan Africa. Total money raised so far: £525.00. 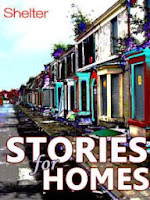 Stories for Homes was another great anthology I am proud to be a part of. All proceeds from this goes to Shelter, a charity for the homeless. The editors Debi Alper and Sally Swingewood did an incredible job producing the book and marketing it. I wasn’t able to attend the launch, but I could see from the blog and the pictures, it was a huge success. The contributors to the anthology also helped out with the promotions and sales with radio interviews, news stories, blog blasts, and the sales went up to an incredible £1,500 at the launch.

And lastly, Rarebit-New Welsh Writing was launched on 21st December, National Short Story Day. I went along to Cardiff to be a part of the literary tour. It was an incredible experience, joining fellow writers on a literary walk around my favourite city, warming up against the chill with mulled wind and Christmas cheer. Rarebit is Waterstones’ book of the month for January 2014. 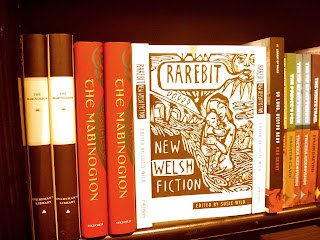 With a few more short stories in the pipeline for next year and the excitement of working towards the birth of Crossing Borders, 2014 already seems ripe with promise and a lot of fun along the way.